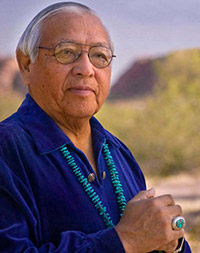 Dr. Peterson Zah is a Diné from the Navajo Nation and has worked for over 30 years to defend the interests of all Native American people and is widely respected among U.S. tribes. Dr. Zah is considered one of the 100 most important Native Americans in the last century and a key leader in Native American government and education. He recently received an Honorary Doctoral Degree of Humane Letters from Arizona State University.

Dr. Zah was born in 1937 and raised in the middle of the Navajo Reservation at remote Low Mountain, AZ. He earned a bachelor’s degree in education in 1963 at ASU. He returned to his homeland as a vocational educator, teaching Navajo adults the essentials of the carpentry trade, and then as a field coordinator for VISTA Indian Training Center. He later co-founded and became executive director of DNA-People’s Legal Services, a nonprofit legal services program for the Navajo, Hopi and Apache people. He assisted tribes in legal matters, set up widespread community education
programs, and championed native rights.

In 1982, Dr. Zah was elected Chairman of the Navajo Tribal Council. In 1990, under a new tribal government, Peterson Zah was elected the first president of the Navajo Nation, leading the movement to restructure and modernize their governmental system from a council to a nation. This makes Dr. Zah the last Chairman of the Navajo Tribal Council and the first President of the Navajo Nation. In 1995, Dr. Zah was recruited by ASU, to serve as the Special Advisor to ASU President Michael Crow regarding all aspects of American Indian Initiatives to help address the education concerns of the growing Native American student population and their respective communities.

Throughout his career Dr. Zah has made education his first priority. In 2011, he was appointed to serve as one of the five commissioners to the National Commission on Indian Trust Administration and Reform. He is also very active with his non-profit organization, Restore Harmony. 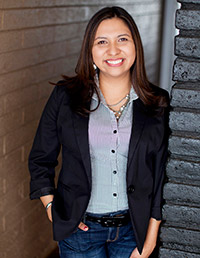 Kim is a proud member of the Navajo Nation and originally from Fort Defiance, AZ. She is of the Ta'baahi' (Water's Edge People) clan, born for Todich'ii'nii (Bitter Water People) clan. Kim is an alumnus of Arizona State University’s College of Design where she received her Bachelor of Science degree in Urban Planning in 2002 and then her Master of Urban & Environmental Planning degree in 2005. Her interests include various elements of design including architecture, planning and construction. Currently, she is a Planner with Swaback Partners and working on a Sustainable Community Master Plan on the Navajo Nation for the Navajo Housing Authority. Kim also actively serves on various boards and organizations such as the “Construction in Indian Country” Executive Committee, American Indian Council of Architects and Engineers (AICAE), Arizona Tri-Universities for Indian Education (ATUIE), ASU Native American Alumni Chapter (NAAC), AmeriCorps VISTA Advisory Council, ASU for Arizona: Building Great Communities, and Restore Harmony. 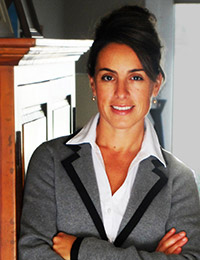 Paola Cagnina is an independent planner, designer, artist and a real estate agent licensed in Arizona. Her involvement includes a full range of community development from visionary planning to technical standards. She is a graduate architect from the National University of Cordoba, Argentina and from Arizona State University, where she received her Master’s in Environmental and Sustainable Design. She is a Director of the Two Worlds Community Foundation and has 10 years of professional planning and design experience including six years as a key member of Swaback Partners. That relationship continues, now focused on the entire Navajo Nation, including interactive presentations at the agency, region and chapter levels. Paola is also a key member at Lucky Paws Shelter in Phoenix and is very committed to giving homeless animals a second chance. 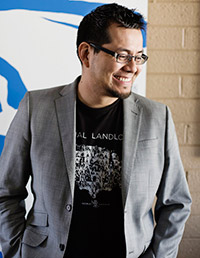 Christopher Billey is a young Navajo Entrepreneur born in Shiprock, NM and raised in the Upperfruitland community on the Navajo reservation. Chris has honorably served 6 years in the US Navy as an Electronics Technician. After finishing his tour of duty Chris attended ASU, majoring in Urban Development, and earned his Bachelor’s in Design. Chris was the founder and project developer for ASU’s student led native architectural initiative, the Nageezi House on the Navajo Nation. Chris’s career includes working for Cavan Commercial as well as ASU’s Stardust Center for Affordable Homes and the Family. Chris currently owns and operates three businesses in Arizona. 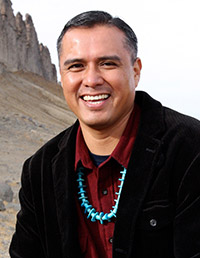 Mr. Cliff Johns is a Diné architectural designer and energy analysis modeler with experiences in Native American architectural projects and planning. With more than 16 years of architectural planning, design and construction management experiences, he brings diverse leadership and planning skills in programming, design, construction administration and energy sustainable design strategies. Cliff is an alumnus of the University of Arizona’s College of Architecture and Landscape Architecture where he received his Bachelor of Architecture degree in 1995. In December 2012, Cliff graduated with his Masters of Science in Architecture from the University of Arizona with a focus on energy design and conservation. Mr. Johns Master’s research entails the Diné Natural Law principle from the Diné Fundamental Laws, as possible guiding principles towards better sustainable design approach and as a reintroduction of indigenous materials and methods to indigenous architecture. 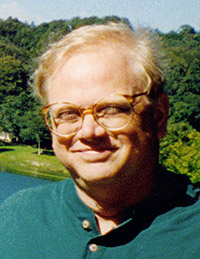 Tom Martinson, a director of the Two Worlds Community Foundation, is a cityplanning consultant and architectural historian, with an international practice based in Minneapolis. He has worked as a designer for several architectural firms; as an architectural historian for the National Park Service and the U.S. Commission of Fine Arts; and in the 1970s was Principal Planner for the Minneapolis City Coordinator, with lead design responsibility for neighborhood revitalization and downtown economic development. Since 1965 he has served as a designer and planner for American Indian nations including the Lac du Flambeau band of Wisconsin, the Turtle Mountain Chippewa of North Dakota, and the Mille Lacs band of Minnesota. In private practice since 1985, Martinson has worked in development planning throughout the United States and in several Asia- Pacific countries. Project settings ranged in scale from a Mojave Desert mining town in California to densely populated cities like Seoul. He was principal consultant for the 1987 Downtown St. Louis Plan. In the mid-1990s he served as planning manager for the US$15 billion Bonifacio new city in Manila, and was project planner for the master planning of an 800-acre ecologically designed seaside resort in southern Luzon. He was regional planning consultant during master planning of the new University of Technology Petronas in Malaysia. Martinson has applied his practice experience to lectures, articles, and books on architecture and urbanism. His publications include A Guide to the Architecture of Minnesota, with David Gebhard; American Dreamscape: The Pursuit of Happiness in Postwar Suburbia; The Atlas of American Architecture: 2000 Years of Architecture, City Planning, Landscape Architecture, and Civil Engineering; and the Foundation's civic-handbook series, beginning with There's No Such Thing as Identical Twins.