The team from the University of Toronto and Harvard began their presentation referring to the descriptions of the competition materials they received from the Foundation. They said this was their 17th competition, and that in all their prior experiences, no other description of purpose had ever been so compellingly clear with respect to both society’s needs and opportunities. Their response to each other was, “We’ve got to enter this one”.

On the morning following the awards ceremony, the three winning teams met for two hours of touring and discussions at the Studio offices of Swaback Partners, followed by an intimate tour of Taliesin West. After a brief lunch, the next two and a half hours were spent touring Paolo Soleri’s Cosanti then engaging in conversation with its legendary creator who had attended their presentations the prior evening. We bid goodbye to the nine team members, almost forgetting that the day was not yet over.

The Two Worlds Community Foundation was to be honored that evening at Valley Forward Association’s 21st Annual Environmental Excellence Awards Program for creating the organization’s new “Crescordia”, sculpture designed by Vernon Swaback and Nicholas Markwardt. Also, forgotten in the demands of its own programs, the Arizona Challenge was one of 130 entries in the Valley Forward competition. Two awards were given out for demonstrated excellence in the category of Nonprofit Environmental Education and Communication.
The award-winning entry which came up on the screen was the poster announcing the Arizona Challenge, followed by images of its own winning entries. The Foundation, which had been giving out awards the previous evening, was now being honored with an award of its own. 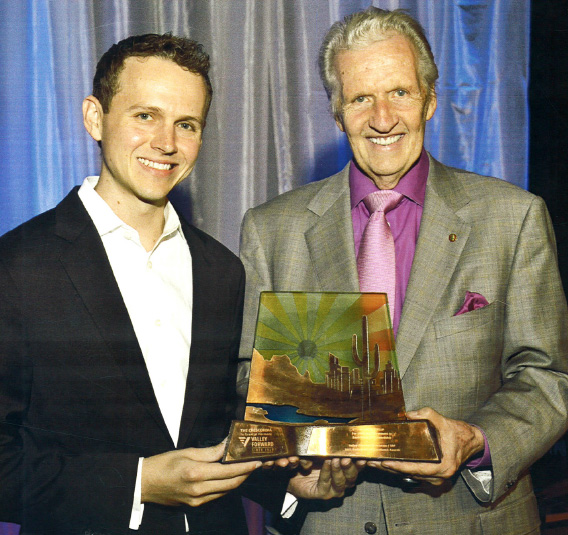 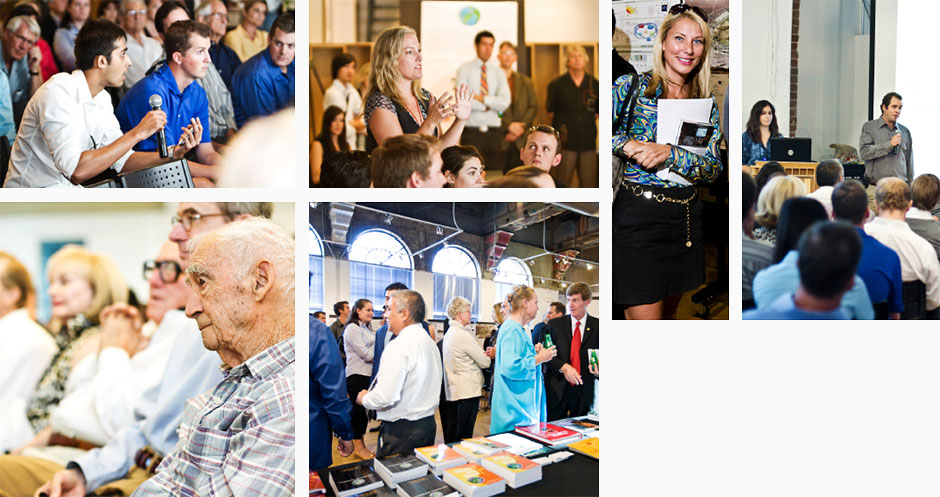