Standing on the Shoulders of Greatness

Frank Lloyd Wright wrote 14 books, the last of which, A Testament, features this quotation from Alfred Lord Tennyson. “Most can raise the flowers now, for all have got the seed.” The “seed” for purposes of this competition is the eight decade demonstration of the community Wright designed, nourished, and shared with citizens from all over the world.

The pursuit of the “Taliesin Equivalent” begins by considering the possibilities of 21st century technology for taking the logical next step. This includes exploring in the most holistic terms of community, that which is made possible by new forms of the once typical live/work pedestrian-centered environments and multi-generational settings that existed before the demands of production-driven sameness became more dominant than anything to do with the artfulness of life. The design goal is for a more custom approach to the programming of community, including creating environments of privacy and beauty juxtaposed with convenient access to that which is both needed and desired. The human goal is to arrange resources in ways that support, inspire, deepen, and add to both our individual and collective effectiveness. It is to have the community of the future emerge quite naturally out of old-fashioned, self-interests, but now enriched by our 21st Century, high-performance abilities for doing more with less.

1. List 10 or more examples that describe what you see as societal needs or changes, not limited to, but including, family formation, economics, education, religion, employment, housing and shared use.

2. Complete and expand on this sentence” “There are at least the following ways in which these shifts in societal needs, limitations and opportunities can be addressed and inspired by the pioneering record of Wright’s example. Provide a description for each of the “ways” that you’ve listed.

3. In 500 words on less describe and propose a pilot project, that you would like to see created in response to how you answered items one and two.

4. Using the examples as shown on the following three pages, provide an overall colored plan, keyed to list of your proposed uses and one or more colored renderings that convey both the character and relatedness of all the elements. The scale of your concept, should be selected for whatever best illustrates your proposal. For example, the following illustrations range from 10 to 200 acres. Acceptable proposals will include anything within this range. 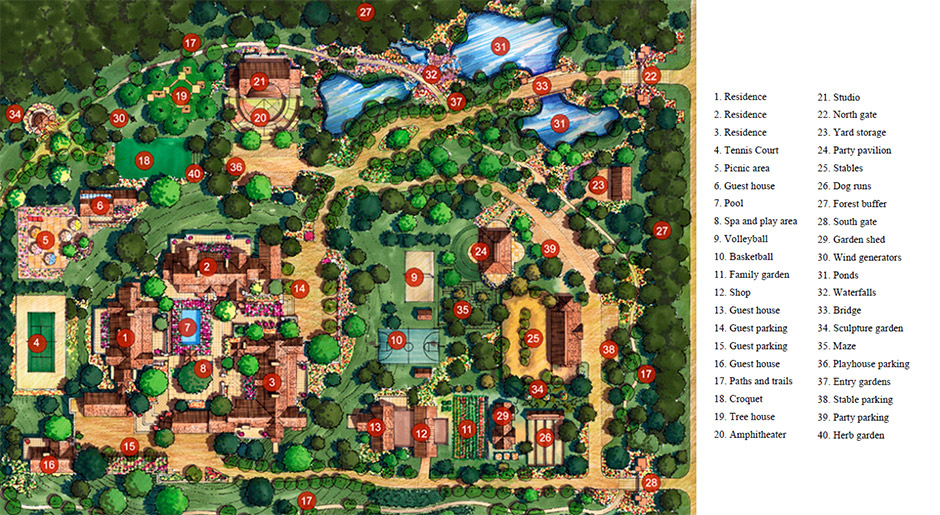 The illustrations on this and the following two pages portray three very different mixed-use arrangements occurring on sites of 10, 30, and 200 acres. Common to all three examples is their rich orchestration of mutually supportive uses, as opposed to the corresponding, production-driven sameness of the line drawing plans. The purpose of these examples is to portray the general character and quality of the competition presentations required as outlined in item four. 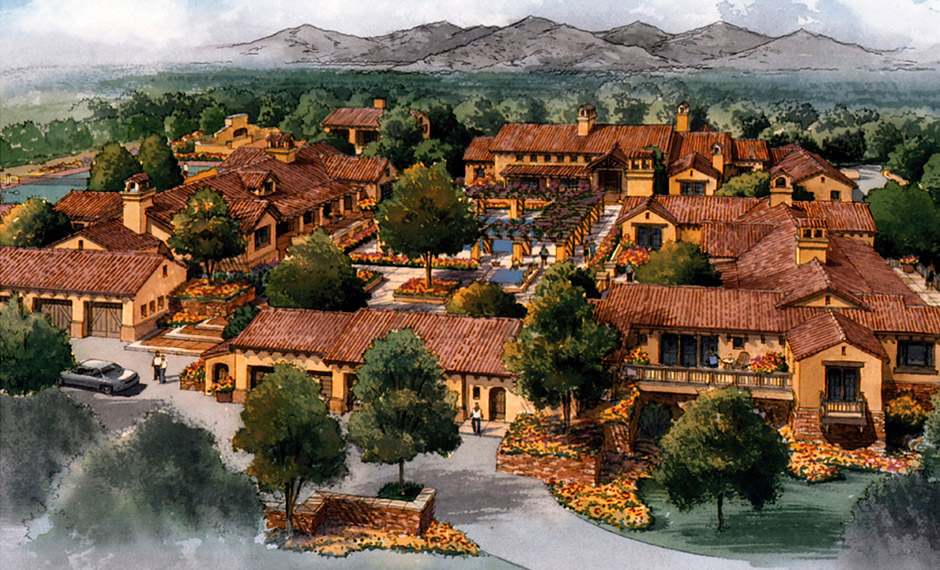 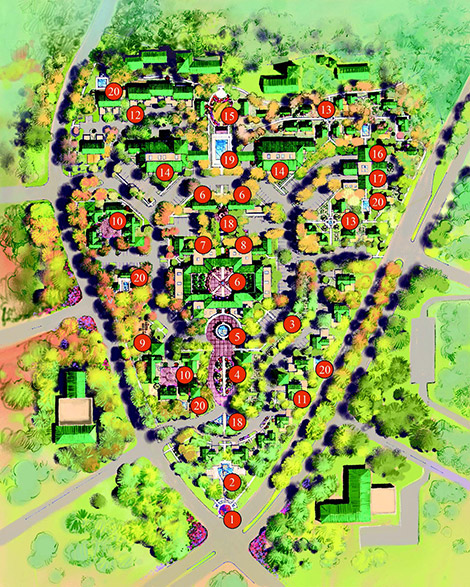